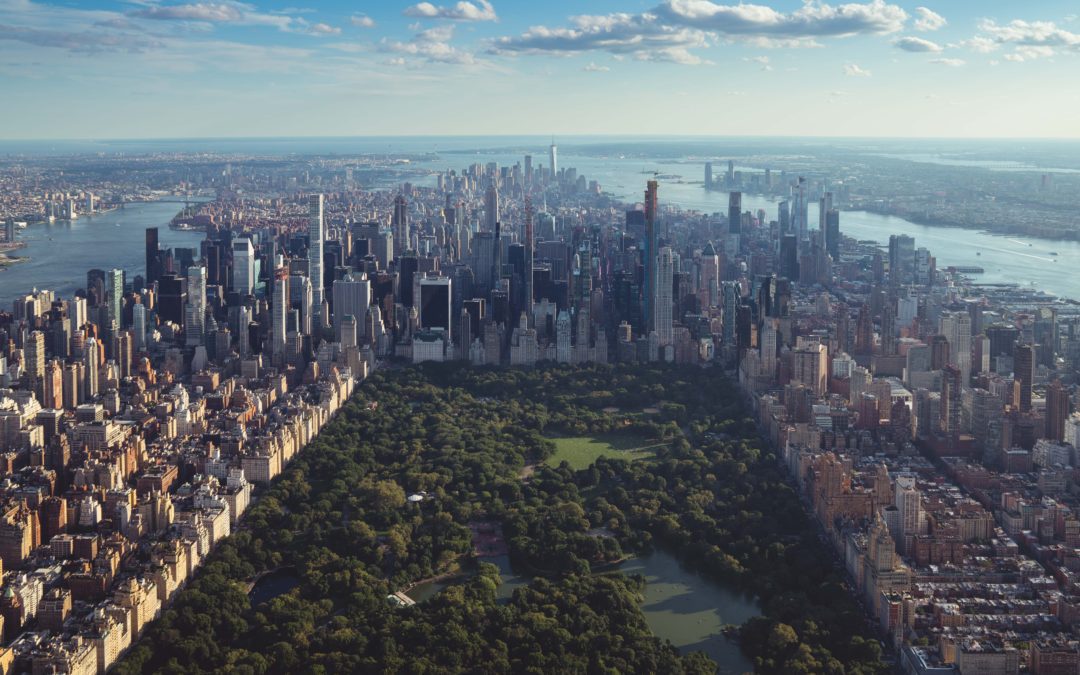 In our last blog, we took a look at some of the most popular architectural home styles in the United States. Just as society is always changing, American architecture is constantly evolving over the years. However, some elements of home design have remained the same. We discussed some popular home styles, their history, and defining characteristics. If you are interested in learning more, we encourage you to check out our last post!

Landscape architecture involves the design of environments that encompass elements of both the natural and social worlds– It creates harmony between people and nature. These designs keep in mind people, communities, plants, and animals, by considering social and natural processes and protecting environmental health. The first mention of the term “landscape architecture” can be traced back to 1828, where it was used in a book by Gilbert Laing Meason, a Scottish merchant. Because of this, Meason is credited with coining the term. However, Frederick Law Olmsted is often considered the “father of landscape architecture” due to his work on Central Park in New York City. Olmsted went on to create other urban parks, such as Prospect Park in Brooklyn, Jackson Park in Chicago, and 100 other parks and recreation grounds. Plus, he was the first to use landscape architect as a professional title.

Now, let’s take a look at some of the greatest examples of landscape architecture.

Since we mentioned Frederick Law Olmsted, it’s only fair to put Central Park on this list. Located in Manhattan, Central Park is one of the largest parks in the city, covering 843 acres. Frederick Law Olmsted and Calvert Vaux, another architect and landscape designer, won a design competition for the park in 1857. Their design was called the “Greensward Plan” and construction began almost immediately. During the 1940s, the population in the area soared and private and gated parks began popping up for wealthy residents. People felt this was inconsistent with American values, and Olmsted and Vaux sought to resolve the issue by creating a space to bring people together and to honor the community in its design. This can be seen at the park’s four entrances, and nine of its gates– Each entrance and gate was named after professions that played a prominent role in the development of the city. These professions include scholars, artists, artisans, merchants, farmers, pioneers, engineers, and more. The remaining nine gates are named after specific members of the population, such as women, boys, girls, and strangers, which is named after the immigrant population that helped develop the city.

Olmsted and Vaux made sure to include a variety of landscapes within their design for the park. The park included lawns, woodlands, streams, and lakes that could be experienced by walking along the park’s winding paths. Additional features have been added over time, such as baseball and soccer fields, a carousel, a zoo, formal gardens, skating rinks, and concert venues. Additionally, Central Park features over 18,000 trees that clean the air, and its vast land provides habitat for wildlife. The park is a true embodiment of social and natural elements existing in harmony. Learn more about Central Park’s Legacy!

Located in Barcelona, Spain, this park system was designed by Antoni Gaudí, a famous Catalan architect who we have mentioned previously in our blogs! It is known as one of the most impressive public parks in the world. Planning and construction of the park took place from 1900 to 1914 for Eusebi Güell, a Spanish entrepreneur, who wanted to build a park for the aristocrats in the area. The original plans intended for a residential park consisting of 60 single-family residences. However, the project was unsuccessful, with only two homes being completed, and the land became city property in 1923. Despite being unfinished, the park is still one of Gaudí’s most colorful and famous works. It is a popular tourist destination and is known for its iconic entrance and terrace.

Gaudí incorporated curved stone columns with his signature flamboyant style, and used local brick and stone to preserve the natural feeling of the landscape. The park’s large terrace is its largest tourist attraction, overlooking the city of Barcelona. The space makes use of mosaics and ceramic shards, as well as iron balustrades. Vibrant and colorful tiling is used throughout the design of the park, similar to the Casa Batlló that was also designed by the renowned architect. (We discussed this Art Nouveau-style building in a previous blog!) In the spirit of making a public space that is also environmentally-conscious, Gaudí designed multiple water collection and storage systems to irrigate the vegetation in the park and avoid erosion of the land.

This imperial garden was first built in 1750 in Beijing, China, but was largely destroyed in the war of 1860. It was then restored to its original foundations in 1886. Today, it is considered a masterpiece of Chinese landscape architecture, and was included on the United Nations Educational, Scientific and Cultural Organization’s (UNESCO) World Heritage List in 1998. It is considered one of the best preserved imperial gardens in the world! The garden was originally constructed by Emperor Qianlong in honor of his mother. The design used Kunming Lake as its framework, and combined residential, spiritual, and recreational functions with its landscape. This was in accordance with the Chinese philosophy of balancing the works of man and nature. The design was largely based on Chinese mythology surrounding three divine mountains, with three islands being built in the lake to represent them.

The Summer Palace has been a public park since 1924, and provides numerous areas for enjoying the views and partaking in spiritual contemplation. There are many examples of traditional Chinese architecture throughout the area, including terraces, temples, pagodas, and stone bridges. The Summer Palace emphasizes the harmony of plants and walkways, as well as architecture and horticulture. The Marble Boat is one of the park’s most defining features– A lakeside pavilion first built in 1755. After being destroyed in 1860, the Empress Dowager Cixi of the Qing Dynasty ordered it to be restored with the design of a new, two-story structure with elements of European architecture. In fact, it is the only Western-style structure in the park. The pavilion is made of wood, but painted to imitate the design of marble.

These are just a few of the great examples of landscape architecture in the world. What is your favorite example of landscape architecture? Let us know! We hope you found this article informative and we hope to see you back on the blog soon as we continue to dive into various topics regarding architecture. Perhaps something might spark inspiration for your next project! For more information on architectural design and building, keep up-to-date with the Architecture Plus blog. If you’re ready to sit down with an experienced team of designers and hash out the elements of your next project, reach out to us! We’re eager to hear from you. Until next time, thank you for reading!