The Most Popular Home Styles In The U.S. 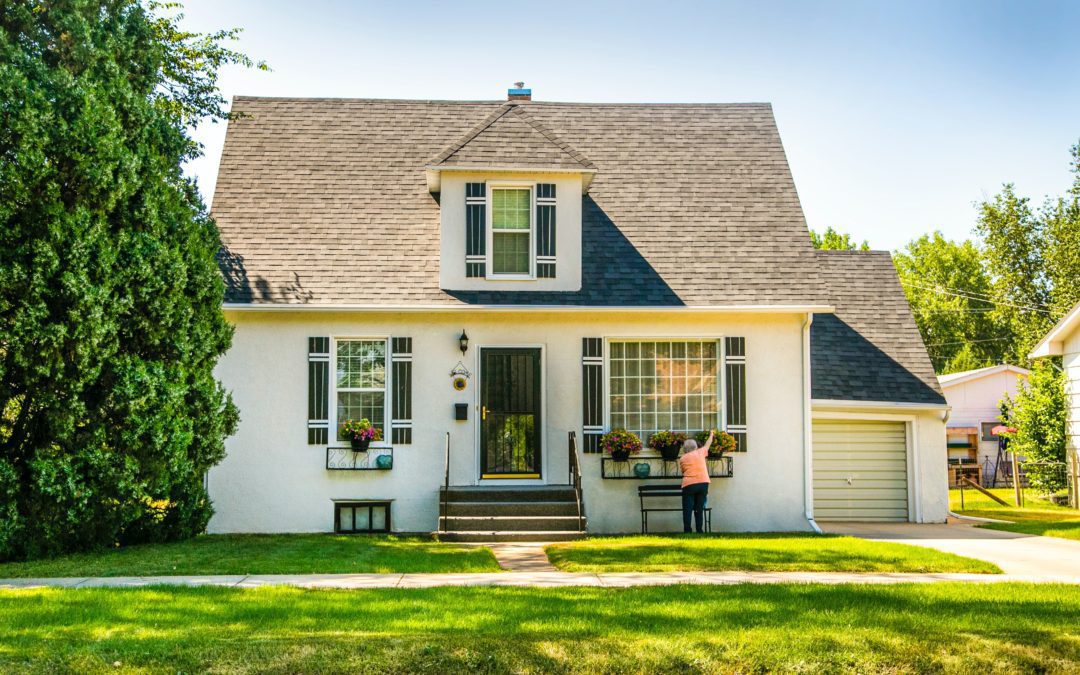 In our last blog, we continued our “All About” series where we take a look at different styles of architecture. In this series, we aim to explore the characteristics of these styles, how they evolved, where they were most prevalent, and some of the best examples of the styles. Our goal with this series is to educate and inspire anyone out there who is interested in architecture! The last style we discussed was Art Nouveau, which was an international style that first appeared in the late 19th and early 20th century. If you are interested in learning more about Art Nouveau architecture, be sure to check out our last post!

Today, we will be switching things up a bit to take a look at some of the most popular architectural home styles in the United States. Architecture is always evolving based on changing demographics, cultural, and social trends. Just as the country has changed over time, American architecture has also seen its fair share of changes, although some elements of home design have stayed the same. In this article, we’ll be shining the spotlight on popular home styles, their history, and defining characteristics. If you’re interested in learning more, and possibly figuring out what style of architecture your home is, then you’re in the right place! Let’s get started.

We’ve talked all about Cape Cod style homes in one of our previous blogs, but since they are among the most popular styles in the United States, we had to include them here, too! Some of the first Cape Cod style homes were built in the 1600s, when the style was introduced by English colonists. This style was partially inspired by the cottages that were common in Britain at the time. Cape Cod style homes usually have a steep roof with a shingled exterior and side gables. Weathered, gray shingles are one of the most defining features of a Cape Cod style home. The steep roof and shingles originally served as a way to protect the home from harsh Northeastern winters. The facade of these homes are generally symmetrical and have a simple exterior with minimal ornamentation. Most residences are single-storied, but can have multiple floors. Cape Cod style homes can be seen throughout the United States, but are most abundant in New England, where they originated.

Colonial architecture refers to a broad range of styles that originated during the 1700s, when European settlers incorporated the architectural styles of their native countries into that of their new homes in North America. Some of the different styles within the Colonial style include Georgian, Spanish, German, French, and Dutch Colonial. Some architectural styles, including Cape Cod style homes, stem from Colonial architecture. This architectural style is timeless and offers an elegant look that remains popular today. Colonial style homes typically feature two or three stories that are stacked on top of each other. This simple layout was originally designed to help the homes heat much easier in the winter months. These homes often have facades with minimal ornamentation and simplistic color schemes, often using the color white to draw attention to the proportions of the home. In fact, one of the main features of Colonial homes is their use of geometric shapes such as squares or rectangles.

Victorian architecture refers to styles that emerged between 1830 and 1910, during the reign of Queen Victoria in the United Kingdom. The name can refer to a variety of specific styles, such as Gothic Revival, Italianate, Romanesque Revival, and Queen Anne style. The architectural styles that emerged from the Victorian era originated in England and spread internationally to North America, Australia, and New Zealand. The Victorian era evolved from the idea that fashion, architecture, and furnishings should be beautiful rather than practical. When most people think of Victorian style homes, they think of elaborate, colorful homes that may resemble dollhouses. These homes are usually large with complicated, asymmetrical shapes, including wings and bays. They often have elaborate decorative trims made of wood or metal, generous wraparound porches, steep roofs, and textured wall surfaces. Some high-end Victorian homes feature octagonal or round towers that draw the eye upward.

Tudor architecture refers to the period between 1485 and 1558 when sophisticated two-toned manor homes were built. Tudor style homes are known for being eclectic and asymmetrical, inspired by late Medieval and early Renaissance motifs. They feature steeply pitched gable roofs and brick exteriors, tall windows with rectangular or diamond-shaped panes, and multiple brick or stone chimneys. Smaller scale Tudor style homes often give off a classic storybook appearance, while larger scale homes resemble large English manors. This style saw a surge in popularity in the 1920s and 1930s. Many Tudor style homes can be found in the Midwest and along the East Coast, as their steep roofs are perfect for rainy and snowy climates.

This architectural style was inspired by the British Arts and Crafts Movement. Craftsman homes emerged between 1900 and 1929 in response to mass-produced Victorian architecture that celebrated elaborate ornamentation. Craftsman architecture aimed to showcase the beauty of natural materials and forms. In the beginning, this style was particularly popular in California and the Midwest, but it soon spread across the country. Some of these homes are known as Bungalows or Craftsman Bungalows, and they place emphasis on materials such as wood, stone, and brick. They often have wide front porches and low-pitched roofs, as well as decorative beams and intentionally exposed rafters. Craftsman style homes were often painted with earth tones, such as brown and green, but can be found in a variety of colors today. Both the interior and exterior often feature stucco or stone accents.

Ranch style homes were first built in the 1930s, inspired by the casual style of true Western ranches and North American Spanish colonial architecture of the 17th to 19th century. This architectural style is unique to America and has been seeing a well-deserved return these days after losing popularity in the 1980s and 1990s. In its prime, the style was extremely popular with the booming post-war middle class. These homes embrace open spaces and single-floor living. In fact, they are known for embracing laid-back living. Some key elements of Ranch style homes include sliding glass doors, an emphasis on the backyard, and asymmetry– Most of these homes are shaped like “L”s or “U”s. These homes have great potential for additions due to their simplicity. Over time, the style evolved to include more dramatic features such as varying roof lines, cathedral ceilings, and extensive landscaping. Ranch style homes have risen in popularity again recently, due to younger house buyers finding them more affordable, and older buyers viewing it as a home that they can navigate easily as they age.

These are just a few of the most popular architectural styles for homes in the United States. What style would your dream home be built in? Let us know! We hope you found this article informative and we hope to see you back on the blog soon as we continue to dive into various topics regarding architecture. Perhaps something might spark inspiration for your next project! For more information on architectural design and building, keep up-to-date with the Architecture Plus blog. If you’re ready to sit down with an experienced team of designers and hash out the elements of your next project, reach out to us! We’re eager to hear from you. Until next time, thank you for reading!