All About Architecture: Cape Cod-Style Homes 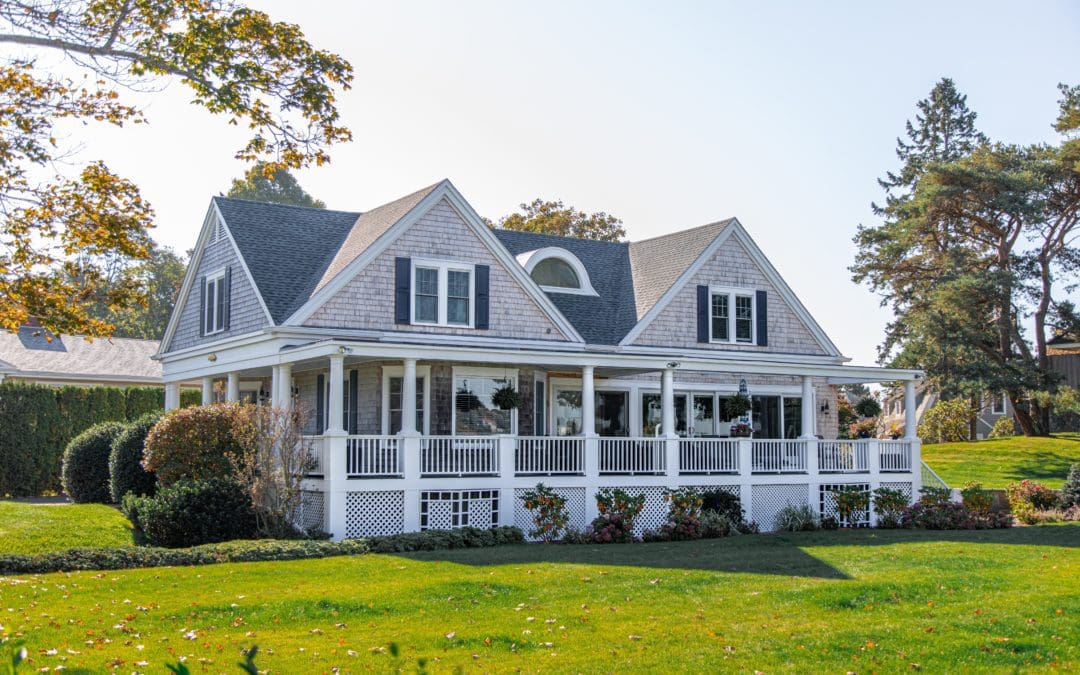 In our last post, we continued our “All About” series where we take a look at different styles of architecture. In this series, we aim to explore the characteristics of these styles, how they evolved, where they were most prevalent, and some of the best examples of the styles. Our goal with this series is to educate and inspire anyone out there who is interested in architecture! The last style we discussed was Bauhaus, named after a renowned art school in Germany. Bauhaus had a major impact on art and architecture throughout the world. If you are interested in learning more, check out our last post!

Today, we’ll be continuing this series by honing in on a specific architectural style for residential homes: Cape Cod architecture. This style of architecture is a classic American style that is one of the most popular and easily recognizable. Named after a coastal region of Massachusetts, the style can be traced all the way back to the 17th century and is still seen today. If you’re interested in learning more about this style of residential architecture, you’re in the right place! Let’s get started.

The origins of Cape Cod architecture date back to the 17th century, in the 1600s, when it was introduced to the United States by English colonists. The first wave of this architectural style took place from around 1690 to 1850. It was partially inspired by the cottages that were common in Britain at the time. These English cottages were half-timber hall and parlor houses. Like these hall and parlor houses, the original Cape Cod-style consisted of a living room and primary bedroom. However, the colonists adapted the design of the exterior to better suit the harsh New England winter conditions by creating a boxier, lower-slung silhouette and high-pitched roof to keep snow from piling up. Additionally, shutters were added to help block strong winds. Overall, this style of home was designed for functionality. With that being said, let’s take a look at some of the key characteristics of a Cape Cod-style home.

Cape Cod homes generally have a steep roof with a shingled exterior and side gables. In fact, weathered, gray shingles are one of the most recognizable elements of Cape Cod-style. Although they were originally intended to protect against the harsh climate, they serve as a low-maintenance alternative to siding today. Another one of their key features is a large chimney in the center of the home, usually located behind the front door, with rooms clustered around it in a rectangular shape. This allowed the chimney to provide heat to all of the rooms. The floor plan of a traditional Cape Cod home centered around the large fireplace. They have a symmetrical façade, which is an architectural term that refers to a side of a building– Usually the front. The exterior is often extremely simple, with minimal ornamentation. These homes can have multiple floors, although most residences are single-storied. As for the interior of the homes, they often have extremely low ceilings, meant to conserve heat. They have a simple, rectangular layout with a large, open-concept living space in the layout. Interiors also have clean lines and minimal aesthetic details.

When it comes to materials, these homes were traditionally constructed using local materials that could withstand New England winters. These materials included oak and pine wood post and beam framing, oak and pine wood flooring, clapboard or cedar shake for roofs, and brick fireplaces. The side shingles were often left unpainted so that they would weather in the elements.

The second wave of this architectural style took place in the 1920s to 1950s and was known as the Cape Cod Revival. This helped popularize the style, spreading it across the United States. Royal Barry Wills, an architect from Boston, is credited with reintroducing the style during this period. Wills kept the basic exterior shape of a Cape Cod-style home, but adapted the interior for modern life, offering it as a contemporary housing option. He added amenities such as bathrooms, kitchens, and garages. By the 1930s, the popularity of this architectural style for residences increased due to the Depression and Colonial Revival. In fact, most of the Cape Cod-style homes you see today were built after World War II. The post-war housing boom gave this architectural style a new life. During this revival period, black shutters on white exteriors became a popular color combination.

Today, Cape Cod-style homes can fall into three categories: The Half Cape, Three-quarter Cape, and Full Cape. Let’s take a look at what each of these styles consists of.

The Cape Cod-style can still be seen today throughout the United States, especially in New England, where they originated. One of the best examples of this style is the historic home of Captain Elijah Cobb, a sea captain who resided in Brewster, Massachusetts. The house is one of Brewster’s most historically significant buildings and is preserved by the Brewster Historical Society, operating as a museum. It is a perfect example of an authentic home built during the first wave of Cape Cod architecture.

Another great example of this architectural style is Levittown, a mass-produced suburb in Long Island, New York. It was built between 1947 and 1951 as a planned community for veterans returning from World War II. It is known as a hamlet, which is a small settlement. The hamlet consists of mass-produced Cape Cod-style homes, and at its peak, 30 four-bedroom homes were built each day. In total, 17,000 virtually identical homes were built, and the Levittown development served as a model for later developments.

As you can see, Cape Cod-style homes are a classic and timeless architectural style. Traditionally, these homes favor function over form. We hope you found this article informative and we hope to see you back on the blog soon as we continue to dive into various topics regarding architecture. Perhaps something might spark inspiration for your next project! For more information on architectural design and building, keep up-to-date with the Architecture Plus blog. If you’re ready to sit down with an experienced team of designers and hash out the elements of your next project, reach out to us! We’re eager to hear from you. Until next time, thank you for reading!