All About Neo-Futurism Architecture 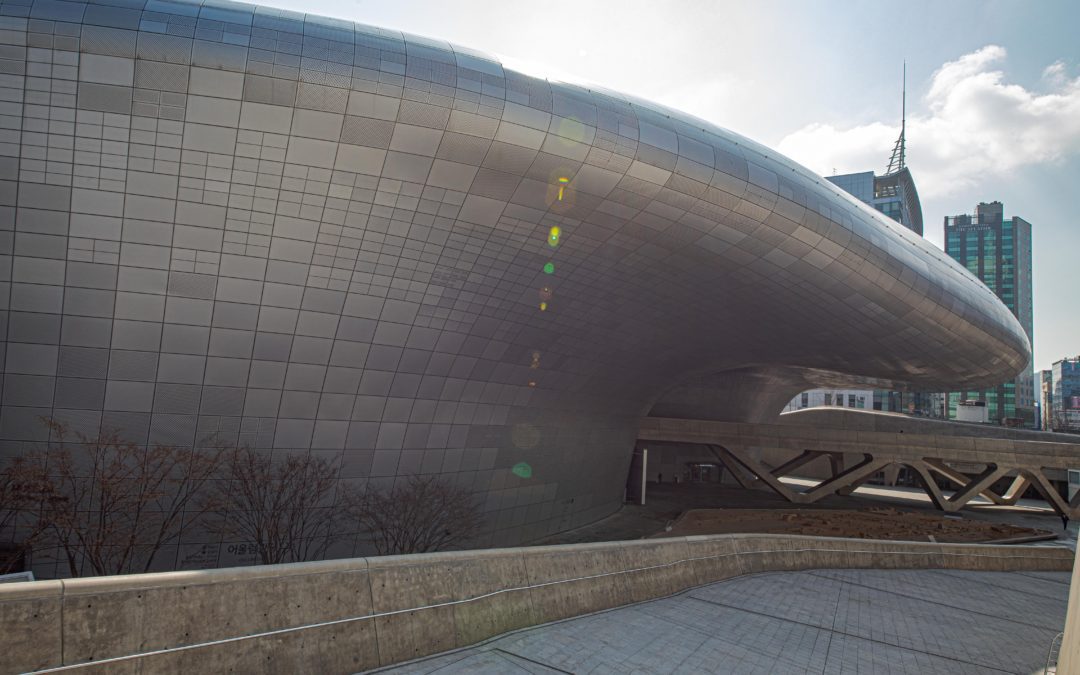 In our last post, we discussed Leadership in Energy and Environmental Design (LEED) certification, which is the most widely used green building rating system. It is globally recognized and provides a framework for highly efficient, healthy, and cost-saving green buildings. We took a look at the origins of LEED, as well as the criteria, why LEED is important, and more. If you are interested in learning more about LEED certification, be sure to check out our last post!

Today, we’ll be continuing our “All About” series where we take a look at different styles of architecture. In this series, we aim to explore the characteristics of these styles, how they evolved, where they were most prevalent, and some of the best examples of the styles. Our goal with this series is to educate and inspire anyone out there who is interested in architecture. Last time, we discussed Neoclassical architecture, which was born out of the Neoclassical movement from the mid-18th century in Italy and France. This time, we’ll be taking a look at neo-futurism! This late 20th to early 21st century style of architecture had a great impact on architecture as a whole. If you are interested in learning more, we encourage you to stick around! Let’s get started.

Neo-futurism in architecture was born out of the neo-futurism movement in the arts and design. It is often described as an avant-garde movement: This means that many aspects of the design are experimental, radical, or unorthodox. One such example of this is the deviation from typical structures, such as square or rectangle-shaped buildings. Additionally, neo-futurism offers a futuristic perspective to the aesthetic and design of architecture. This style of architecture was partially influenced by Antonio Sant’Elia, an Italian architect and key member of the Futurist movement of architecture. Antonio Sant’Elia created drawings of modern buildings and cities that embraced technology. These drawings featured sharp, sweeping lines and tall skyscrapers. Futurist architecture began in Italy in the early 20th century and had a heavy focus on long, dynamic lines, which suggested speed or motion. Futurism architecture included unusual lines, domes, and triangles.

Neo-futurism also evolved from high-tech architecture, a style that emerged in the 1970s that incorporated advanced construction techniques into building design. Other architectural styles, such as Art Deco, influenced the neo-futurism movement. Another inspiration for neo-futurism architecture was the structural expressionist work of architects like Alvar Aalto and Eero Saarinen, Finnish architects, as well as Buckminster Fuller, an American engineer and architect. Fuller in particular was a known futurist with an interest in changing construction through technology. Hal Foster, an American art critic and historian, has been credited with pioneering neo-futurism in the early 1960s and late 1970s. This is because Foster once proposed the use of neo-futurism to engage contemporary technology “in a world in which science no longer has any existence apart from economic life.”

Neo-futurism incorporates urban design that takes into account human emotions, ethical values, sustainability, and the use of new materials and technologies. It explores the possibilities of a computer-centered culture. One of the most prominent neo-futurism architects of more recent years is Zaha Hadid, an Iraqi-British architect. Hadid was a major figure in architecture in the 20th century and early 21st century. Although she did not describe herself as a follower of any one style, Hadid’s work was often labeled as neo-futurism. Many of her designs used fluid and geometrical forms.

Let’s take a look at some examples of neo-futurism architecture!

This skyscraper in Dubai is the tallest building in the world with a total height of 2,722 feet and a roof height of 2,717 feet. The construction of this building began in 2004 and wasn’t completed until 2009. It is made of reinforced concrete and structural steel. The Burj Khalifa was designed by Skidmore, Owings & Merrill– The same firm that designed the Sears Tower in Chicago. It was designed to be the centerpiece of a mixed-use development that includes homes, hotels, and skyscrapers. The Burj Khalifa has a tube-like design and 27 setbacks in a spiral pattern. The design of the Burj Khalifa is derived from traditional Islamic architecture, incorporated with modern design.

This major landmark in Seoul, South Korea, was designed by Zaha Hadid and Samoo Architects & Engineers (SAMOO), a Korea-based design firm. Hadid submitted a design for a competition in 2007 to create the new landmark of Seoul. Her design was known as Metonymic Landscape, and won the competition. The exterior of Dongdaemun Design Plaza (DDP) is made of concrete, aluminum, steel, and stone and resembles a large, mushroom-like structure. DDP is composed of surfaces that resemble the flow of liquid and has many ecological features, such as solar panels and a recycling water system. The building has been described as “a catalyst for the instigation and exchange of ideas and for new technologies and media to be explored.”

Located in Glasgow, Scotland, this hyper-modern museum houses Glasgow’s transport and technology collections. It was designed by Zaha Hadid and a British professional services firm called Buro Happold and opened in 2011. The building features a zig-zag roofline clad with zinc panels. The exterior resembles a wave, flowing from the city to the waterfront where the museum overlooks the River Clyde. This is meant to symbolize the relationship between Glasgow and shipbuilding and industrial as well as the maritime heritage of the river. Talking about the project, Hadid said, “The Riverside Museum is a fantastic and truly unique project where the exhibits and building come together at this prominent and historic location on the Clyde to enthuse and inspire all visitors.”

This bridge in Dublin, Ireland, was designed by Santiago Calatrava, a Spanish architect and structural engineer. It is a cable-stayed swingbridge, meaning that it has one or more towers that support the bridge with cables, and it is a movable bridge. Specifically, the Samuel Beckett Bridge is supported by 31 cable stays of varying lengths from a tubular tapered spar. The shape of the spar and its cables is said to resemble a harp laying on its side. This is significant because Ireland’s national emblem is a harp! The steel-structured bridge opened in 2009 and was named after Samuel Beckett, a prolific Irish writer.

As you can see, neo-futurism is an interesting architectural style that incorporates futuristic ideologies with modern construction. We hope you found this article informative and we hope to see you back on the blog soon as we continue to dive into various topics regarding architecture. Perhaps something might spark inspiration for your next project! For more information on architectural design and building, keep up-to-date with the Architecture Plus blog. If you’re ready to sit down with an experienced team of designers and hash out the elements of your next project, reach out to us! We’re eager to hear from you. Until next time, thank you for reading!