All About Baroque Architecture 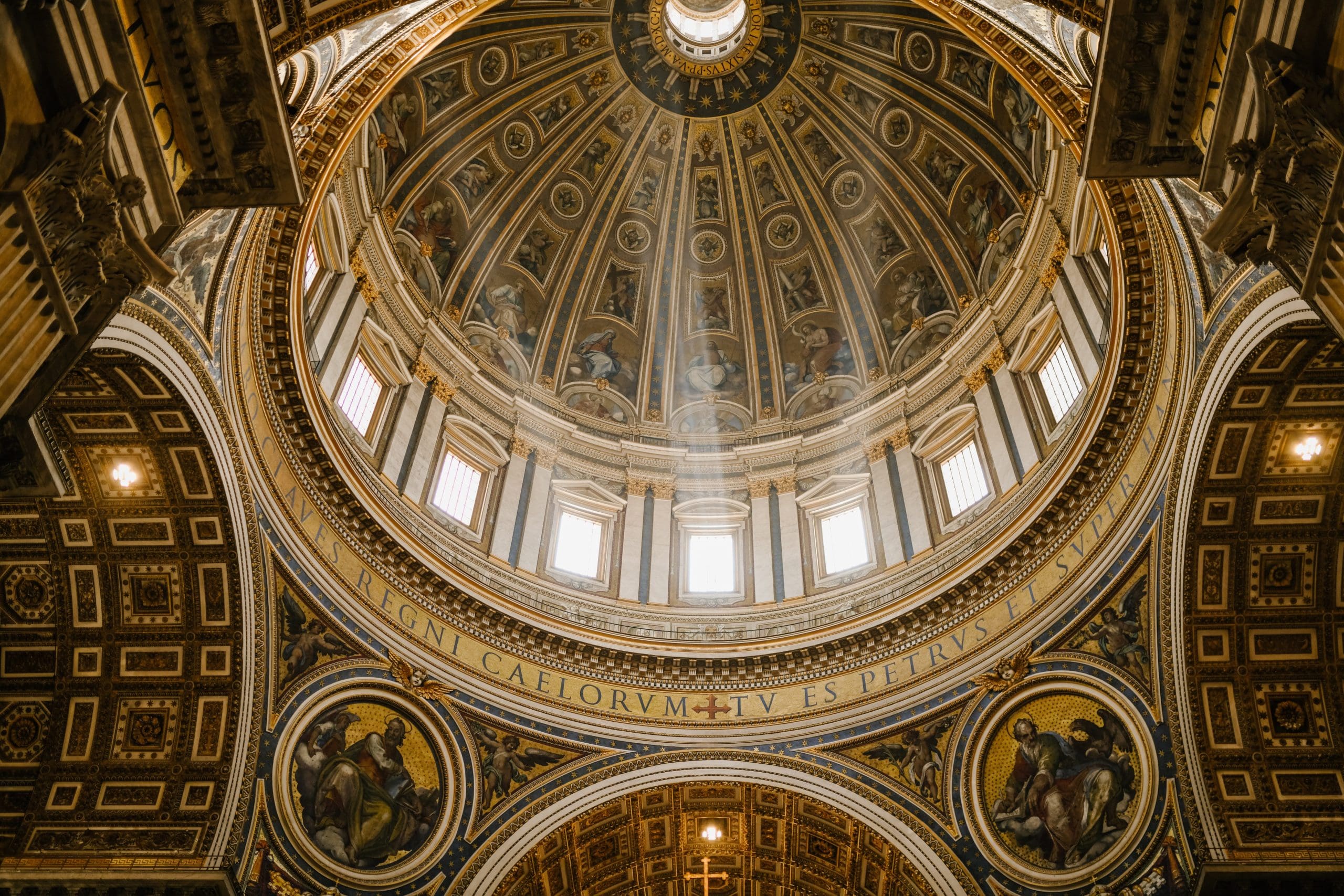 In our last post, we continued our “All About” series where we take a look at different styles of architecture. In this series, we aim to explore the characteristics of these styles, how they evolved, where they were most prevalent, and some of the best examples of the styles. Our goal with this series is to educate and inspire anyone out there who is interested in architecture! The last style we talked about was a specific style of residential architecture– Cape Cod homes! This is a classic American style that is one of the most easily recognizable. If you are interested in learning more about this style of architecture, we encourage you to check out our last post!

Today, we’ll be continuing this series by taking a look at Baroque architecture. This is a highly decorative style that appeared in Italy in the early 17th century, before spreading throughout Europe and eventually to the U.S. The style initially began as a means to influence people to come back into the Roman Catholic Church after the Protestant Reformation. The word Baroque comes from the French word baroque, meaning “irregularly shaped” and the Portuguese barroco, meaning “oddly shaped pearl”. The term has been widely used to describe Western European art and music from the early seventeenth to mid-eighteenth century. If you are interested in learning more about this architectural style, you’re in the right place. Let’s get right into it.

Ultimately, Baroque architecture evolved from a turbulent period of the 16th century that involved a religious, political, cultural, and intellectual upheaval known as the Reformation or Protestant Reformation. This period posed a challenge to Catholicism, as more and more people broke away from the Church. In response to this, the Church sought to oppose the Reformation by purging itself of abuses and reforming. This was known as the Counter-Reformation, or Catholic Reformation. In an attempt to sway culture and art, the Roman Catholic Church spearheaded this revival by producing larger-than-life churches and cathedrals. The Church felt this was a great way to retain its influence and inspire people through emotion. To achieve this, the Church commissioned artists and architects to revive the notions of beauty and realism, which were key elements of the Renaissance. However, this time, they added much more dramatic and theatrical effects. In fact, these theatrical elements are one of the style’s most defining characteristics.

Baroque architecture focused on grandeur and aimed to awe onlookers. This dramatic architectural style was meant to visually oppose reformed churches because most of the teachings of reformed Protestants aimed for a minimalistic approach to architecture. Therefore, churches and cathedrals in the Baroque style utilized a combination of movement and contrast, as well as other theatrical elements. This style focused heavily on intricate details. The architectural plans of these buildings relied on complex shapes, like an oval-shaped base, and large domes or cupolas, which are relatively small, dome-like structures on top of buildings. These were generally placed in the center of the building. By combining different spaces and shapes and utilizing curves and twists, the building could emphasize motion and provide a sense of grandeur and drama. In most cases, the interior had heavily painted ceilings with lots of color, depicting clouds, angels, and other divine figures. The purpose of these painted ceilings was to make the viewer feel as if there was not an actual ceiling, but that the roof was connected to the sky or a divine realm. This was known as illusionistic ceiling painting or quadratura, a popular technique among Baroque artists.

Other attention-grabbing features of Baroque architecture included curved walls, vaulted ceilings, sculptures, arches, and fountains. These elements were associated with dynamism, which suggests movement and energy. Wooden ceilings were still in use from the Renaissance period, but now they featured painted or gilded cavities. When ceilings were not made out of wood, a variation of stuccoes would be used to create depth. Stucco is a construction material that adds a textured finish. In Baroque-style architecture, stucco was made of plaster and finely powdered marble. These stuccoes were often decorated with wreaths, geometric forms, and human-like figures, such as cupids. Additionally, Baroque-style architecture featured sculptures on both the interior and exterior. These sculptures were often made from plaster and marble, much like stucco, and had contrasting colors and textures. Some sculptures were made of wood or stone. These were often overhead sculptures, on or just below the ceiling, that gave the impression that they were floating in the air.

Since the Baroque architectural style was aimed at creating a divine and grandiose atmosphere, it is safe to assume that abundant funding would be needed to achieve such wonder. Materials such as marble, gold, and silver were expensive, so many Baroque-style buildings relied on illusion to create the luxurious atmosphere that was desired without breaking the bank. Illusion allowed these churches and cathedrals to give the impression of costly materials. For example, the main altar within a Baroque-style church typically had a set of grand columns. These columns appeared to be made of marble, but they were oftentimes actually made out of wood and painted to create the visual illusion of marble. Other decorative pieces were painted in a gold color to give the illusion of real gold.

Baroque architecture can be divided into three categories, or periods: Early Baroque, High Baroque, and Late Baroque. The Early Baroque period lasted from 1584 to 1625 and was largely dominated by Roman architects. This period marked the beginnings of the Catholic Church’s attempt to compete with Protestant churches. The High Baroque period lasted from 1625 to 1675, when it spread out of Rome and to other parts of Italy, as well as into France. It wasn’t until the Late Baroque period from 1675 to 1750 that the architectural style spread across the rest of Europe and into other parts of the world, such as Russia and Latin America.

One of the best and most well-known examples of Baroque architecture is Saint Peter’s Basilica in Vatican City, the papal enclave within Rome. One unique aspect of this building is that it is a fusion of Renaissance and Baroque architectural styles. The chief architect appointed to the design of this building was none other than Michelangelo, an Italian sculptor, painter, architect, and poet. The basilica is one of the most renowned works of Renaissance architecture with notable Baroque elements, including Baroque artwork on the interior. It features a high, domed ceiling– In fact, it is one of the largest domes in the world. The dome features sculptures, busts, and other figures created by a plethora of artists.

Another renowned example of Baroque architecture is the Palace of Versailles in France. The palace was constructed during the High Baroque period and is often referred to as French Baroque architecture or French classicism. It was inspired by the Baroque architecture of Italy, but put greater emphasis on facades and the use of colonnades and cupolas. The exterior is more restrained and classical, while the interior boasts grandeur and extravagance. The palace was built for Louis XIII with brick, marble, and slate. It is characterized by its large, curved forms, twisted columns, high domes, and complicated shapes.

As you can see, Baroque architecture is all about grandeur, divinity, and illusion. Some of the most well-known and elegant structures in our world today were created in the Baroque style. We hope you found this article informative and we hope to see you back on the blog soon as we continue to dive into various topics regarding architecture. Perhaps something might spark inspiration for your next project! For more information on architectural design and building, keep up-to-date with the Architecture Plus blog. If you’re ready to sit down with an experienced team of designers and hash out the elements of your next project, reach out to us! We’re eager to hear from you. Until next time, thank you for reading!