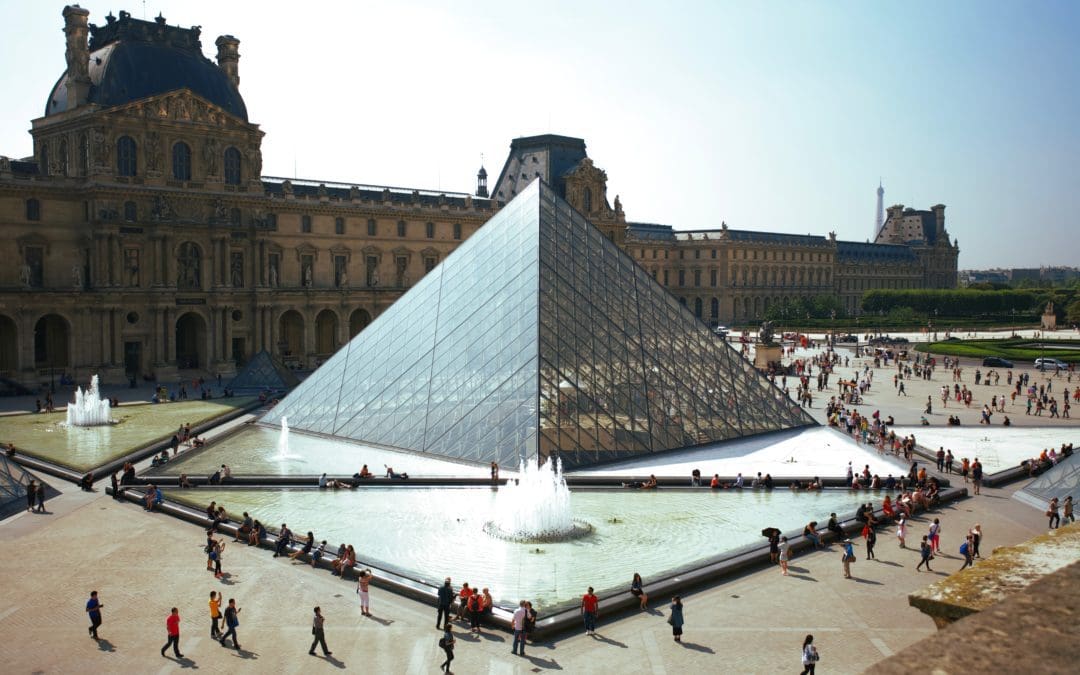 Our last article was the second part of our Exploring Architecture series, where we take a look at different types and styles of architecture around the world. We discussed the architecture of Korea, which has influences rooted in Buddhism and Korean Confucianism. If you are interested in learning more about Korean architecture and its history, we encourage you to check out our last post!

Today, we’ll be veering in a different direction and taking a look at some of the most influential architects of all time. Architecture itself dates back to prehistoric times and has always been a way for people to express culture. There have been countless architects that have stood out in the field over centuries, and we believe that they have all contributed to architecture as we know it in some way. With so many architectural styles out there, architects have almost always been influenced by those who came before them. We invite you to join us as we take a look at some of the most well-known pioneers of architecture!

Born in 1852 in Spain, Antoni Gaudí is an internationally renowned architect known for his innovative buildings. He was influenced by neo-gothic styles and Catalan modernism. He used vivid colors, creating buildings with ceramic mosaic tiles and stained glass. Gaudí was also known for his love of nature, which he incorporated into his designs by mimicking shapes and patterns found in the natural world.

One of Gaudí’s most well-known works is La Sagrada Família in Barcelona. This basilica was started in 1883, combining Gothic and art nouveau architectural styles. Unfortunately, Gaudí passed away in 1926, leaving the project unfinished. It is arguably the best-known example of Catalan modernism and draws nearly three million visitors annually, despite being incomplete.

Born in Canada in 1929, Frank Gehry was a creative and artistic child who grew up building little houses and cities out of scraps of wood. After his family immigrated to California in 1947, Gehry went on to graduate from the University of Southern California’s School of Architecture in 1954. He returned to Los Angeles and in 1957, he designed his first private residence known as “David Cabin.” The structure contained elements that were later associated with all of Gehry’s work, such as beams protruding from the exterior sides and exposed, unfinished ceiling beams.

His architectural style is known to reflect experimentation, almost always having an element of deconstructivism, which is often characterized by an absence of harmony or symmetry. This is especially prevalent in one of his most notable works, the Walt Disney Concert Hall in Los Angeles. The building’s exterior features curved stainless steel that echo the billows in the auditorium. Because his works are said to transcend architectural boundaries, Gehry is often considered one of the most famous architects of the 21st century.

Born in 1867, Frank Lloyd Wright was an architect, designer, writer, and educator. He designed over 1,000 structures during his career and played a key role in the architectural movements of the twentieth century. He designed revolutionary homes, many in the Prairie Style of architecture  between 1900 and 1920. These homes were extremely different from the Victorian-style homes of the era, setting Wright’s work apart. Wright wasn’t afraid to use new building materials when it came to designing and building homes. For example, he was one of the first designers to use precast concrete bricks and glass bricks in his designs.

One of Wright’s most famous works is the Guggenheim Museum in New York City. The building’s shape and design are a stark contrast to the rectangular buildings surrounding it. It resembles a white ribbon that spirals towards a glass ceiling.

Ieoh Ming Pei, also known as I.M. Pei, was a Chinese-American architect born in 1917. In 1935, he moved from China to the United States to attend school, enrolling in the Massachusetts Institute of Technology before joining the Harvard Graduate School of Design after he graduated. He established an independent design firm in 1955 and went on to design many structures. His architectural style was modernist, incorporating cubist themes. He based his designs on geometric shapes and patterns.

One of his most notable works is the Louvre Pyramid, located in the main courtyard of the Louvre Palace in Paris. This glass and metal structure has become a favorite among tourists. Another well-known structure designed by Pei is the Rock and Roll Hall of Fame in Cleveland. The building includes geometric patterns anchored by a large tower. Pei said that while designing the building, he tried to “echo the energy of rock and roll.”

A British-Iraqi born in 1950, Zaha Hadid was an architect, artist, and designer. She is recognized as a major figure in architecture in the late 20th and early 21st centuries. She was the first woman to receive the Pritzker Architecture Prize in 2004. The prize recognizes architects whose work has produced significant contributions to humanity. Although she did not label herself as following any particular architectural style, she dabbled in deconstructionism and futurism styles. Her designs often incorporated curves and swooping lines, and many of her blueprints were turned down because they seemed “impossible to build.”

One of Hadid’s most notable works is the London Olympics Aquatic Center, designed and built for the 2012 Summer Olympics. She described the building as being “inspired by the fluid geometry of water in movement.” It features a roof that resembles a wave and rests on only three supporting structures.

Born in England in 1935, Norman Foster graduated from the Manchester School of Architecture and City Planning in 1961 and received his Master’s Degree in Architecture from Yale University. He started his own architectural firm in London in 1967, which grew into a worldwide practice, and made him one of the leading architects in Britain. Foster is often associated with the development of high-tech architecture, also known as structural expressionism. This architectural style incorporates elements of technology into building design. Foster’s designs are known for their sleek and modern design, with steel and glass.

Foster has produced a wide range of work, including civic and cultural buildings, airports, and private houses. One of his most well-known works is London’s City Hall, which he designed in 2002. It features a glass frontage and an unusual, bulbous shape, derived from a geometrically modified sphere. It was designed so that it has no front or back in conventional terms.

Born in Switzerland in 1887 as Charles-Édouard Jeanneret, the Swiss-French architect known as Le Corbusier was a pioneer of what is regarded today as modern architecture. He is also largely recognized for influencing International Style, which developed after World War I. He did not have formal training as an architect and instead studied architecture on his own through books and museum visits. He combined functionalism with bold, sculptural expressionism, using clean geometric forms.

One of Le Corbusier’s most notable works is the Notre Dame du Haut, a Roman Catholic chapel in France. It is made mostly of concrete and stone and is often regarded as having revolutionized 20th-century religious architecture. It is composed of fluid shapes and lacks right angles, giving it an unusual shape.

These are just a few of the most notable and influential architects throughout history. They have each made significant contributions to architecture as we know it today. We hope you found this article interesting and we hope to see you back on the blog soon as we dive into various topics regarding architecture. Perhaps something might spark inspiration for your next project! For more information on architectural design and building, keep up-to-date with the Architecture Plus blog. If you’re ready to sit down with an experienced team of designers and hash out the elements of your next project, reach out to us! We’re eager to hear from you. Until next time, thank you for reading!