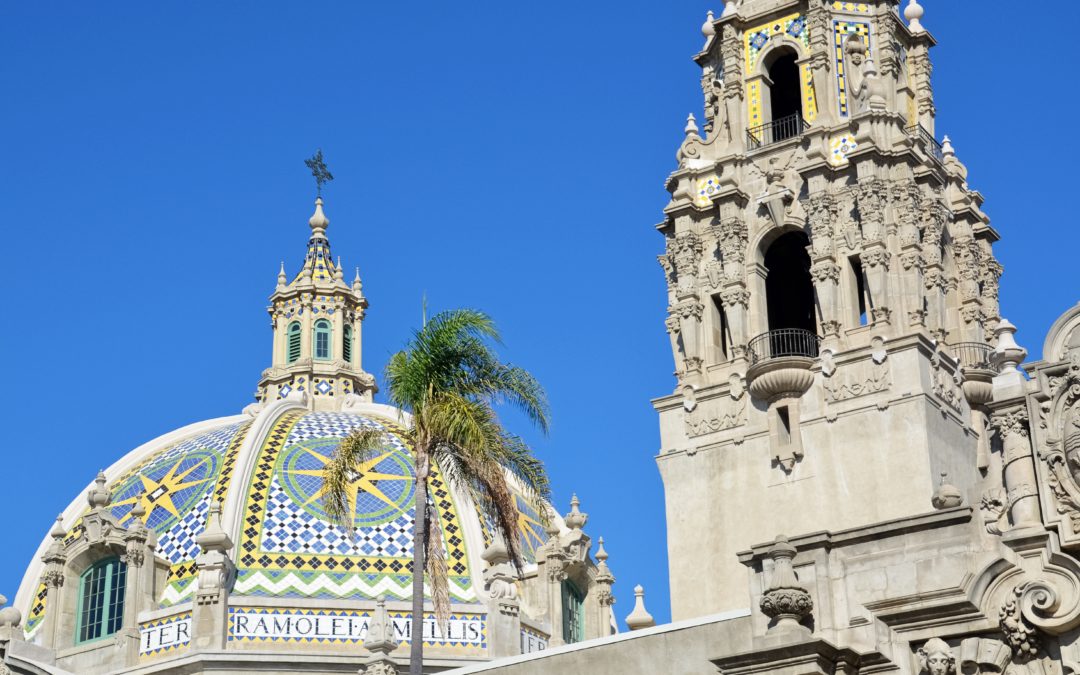 Our last article took a look at some of the most influential female architects in history and in our world today, in honor of March being Women’s History Month! We discussed these pioneering female architects and their works and contributions to the architectural world. If you are interested in learning about some of these fascinating trailblazers, check out our last post!

Today, we’ll be switching directions and starting a small series on exploring different types and styles of architecture around the world. Our first stop on our journey is Mexico! Mexico is home to extremely diverse styles of architecture, including colonial-era structures as well as preserved ancient structures and ruins from Mesoamerica. If you’re interested in learning more about Mexico’s beautiful architecture, stick around! Let’s get started.

Mexico’s history can be traced back to its first known society, known as the Olmec civilization, which existed approximately from 1,200 to 400 BC. The Olmecs are thought to be the “mother culture” of other cultures that appeared later, such as the Maya. Olmec architecture includes large temple-pyramids made from earth and clay and typically faced with stone. In addition to these structures, the Olmec are widely known for creating large monuments of colossal heads, thought to be modeled after Olmec rulers. These monuments have been discovered to be as large as 11 feet high. Among other Olmec architecture were tombs, altars, houses, and temples built on platforms. Some have been preserved and can still be seen today.

As early as 1500 BCE, a new civilization made an impact on culture. These Mesoamerican Indians were known as the Maya, and occupied territories in Mexico, Guatemala, and northern Belize. They built ceremonial centers which later developed into cities containing pyramids, palaces, and plazas. The Mayans quarried large amounts of building stone, which was usually limestone. Mayan architecture utilized geometric proportions as well as carving Some Mayan ruins have been preserved and still exist today, showcasing pyramids and temples overlain with limestone blocks.

From the 10th to the 12th century CE, the Toltec tribe built the city of Tula. Architecture in Tula included pyramids, palaces, colonnades, and urban housing. The Aztecs, a civilization that came after the Toltecs, spoke highly of Toltec architecture. It has been discovered through oral histories from the Aztecs that they renowned the Toltec for their stunning palaces and buildings made from gold, jade, and turquoise. The Toltecs were widely known as builders and craftsmen and have been credited with the creation of fine metalwork, as well as serpent columns and gigantic statues. Today, the archaeological site of Tula sits on a limestone promontory with various surviving monuments.

The Aztec Empire is thought to have existed between 1345 and 1521 in central Mexico. Aztec architecture is a late form of Mesoamerican architecture and consists of many of the same types of buildings as its predecessors– Pyramids, temples, plazas, and homes. The Aztecs were a religious people who reflected their beliefs in elements of their structures, both religious and domestic. Their architectural style often incorporated symmetry, geometry, and sweeping lines.  During the Spanish conquest of the 16th century, much of the architecture of the Aztec Empire was destroyed. Materials were taken and used to build Mexico City.

Mexico City’s architecture differs from that of Mesoamerica, given that it is more influenced by colonial architecture. Following Spanish colonization, some of Mexico’s first churches and monasteries were built. Large cathedrals were built in the Baroque and Mannerist styles. Baroque architecture appeared in Italy in the 17th century, originally introduced by the Catholic Church. It is known for its highly decorative style, with dramatic domes and colonnades. Mannerist architecture originates from Mannerism, a style of European art that incorporates proportion, balance, and ideal beauty. This architecture involved unexpected elements that challenged the Renaissance norms. Baroque was the most common style of architecture and art during the colonial period of Mexico and eventually took on different varieties. It became known as Mexican Baroque and broke off into different forms and styles.

One cathedral, the Metropolitan Cathedral, was built from 1573 to 1813. It sits on top of a former Aztec sacred precinct known as the Templo Mayor. The cathedral features facades, bell towers, and a tabernacle. Some of the stones used to build the cathedral originated from the demolished Aztec temple on the same grounds.

By the 19th century, Mexico was able to import Italian marble and European bronzes, granite, and stained glass. Their goal was to show the world that Mexico was participating in modernity, but also incorporating local styles. European architects were often brought in to design and build important structures, such as the Postal Palace of Mexico City, which was built by an Italian architect.

When it comes to homes, Mexico presents a wide variety of architectural styles. Mexican homes range from colonial homes to Spanish villas. Mission-style homes typically have stucco or stone walls, red tile roofs and walkways, and arched ceilings. Some include bell towers and asymmetrical facades. These types of homes can also be found in parts of the U.S., including Florida, California, Arizona, Nevada, Texas, and New Mexico. Another style of residential architecture found in Mexico is Haciendas– These are large, ranch-style homes notable for their white stucco walls, rustic wood accents, courtyards, and archways. Haciendas originated during Spanish colonization and were mostly used for plantations and farming.

One notable Mexican architect is Luis Barragán, who has been a major influence on contemporary architects. He is often referred to as the “father of modern Mexican design”. He practiced architecture in his birthplace of Guadalajara from 1927 to 1936, and then in Mexico City. Among his most famous works are the Chapel of the Capuchinas, the Torres de Satélite, and his Casa Barragán. The Casa Barragán was his former residence and looks similar to other houses in the area from the outside, with plain cement walls. The inside, however, is something totally different. The house was designed for the maximum use of natural light and uses geometric forms to keep a free-flowing space. The structure uses volcanic stone as flooring and integrates modern and traditional architectural styles. Something that makes the space particularly unique is that the rooms are all different heights and the levels of the floors are irregular. Barragán utilized vibrant colors and serene gardens in most of his work, and was awarded the Pritzker Prize in 1980– An award presented annually to honor an architect that has contributed significantly to humanity. Just a year before his death, he received Mexico’s National Architecture Award.

In the 20th century, the art-deco style of architecture became increasingly popular. Art-deco buildings are known for their sleek appearance with geometric ornamentation. It also heavily uses metallics such as gold and chrome, as well as layered shapes. Among common building types within the art-deco style are theaters, commercial buildings, and industrial complexes. Mexico is home to hundreds of art-deco style buildings, including the Edificio La Nacional, which is an office building in the Historic Center of Mexico City. Built between 1929 and 1932 by an architect named Manuel Ortiz Monasterio, it stands 13 stories high and was the city’s first skyscraper and first building engineered to resist earthquakes. Monasterio modeled the building after American art-deco structures such as towers in Chicago and New York.

Overall, Mexico is rich in history, culture, and has a variety of architecture with some stemming from ancient times. It is incredible that some Mesoamerican structures have been preserved and can still be visited today! We hope you found this article informative and we hope to see you back on the blog soon as we explore more architectural styles around the world. Perhaps something might spark inspiration for your next project! For more information on architectural design and building, keep up-to-date with the Architecture Plus blog. If you’re ready to sit down with an experienced team of designers and hash out the elements of your next project, reach out to us! We’re eager to hear from you. Until next time, thank you for reading!