All About Gothic Architecture 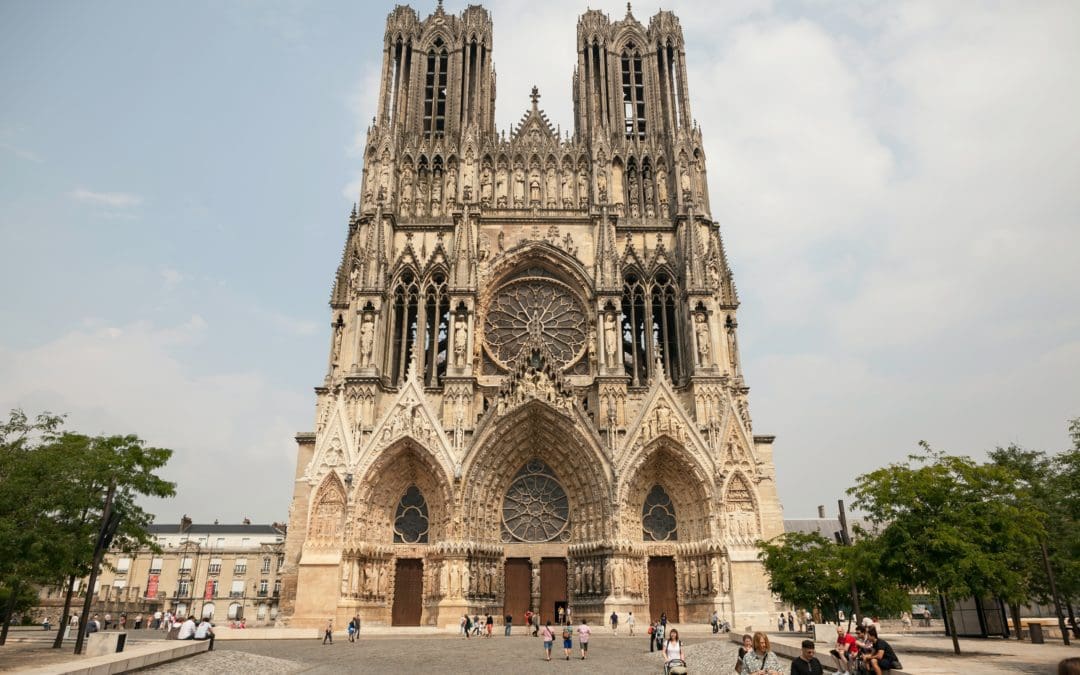 In our last blog, we took a look at one-story and two-story homes. We discussed some of their advantages and disadvantages and how they can not only impact the buyer of the home, but also the value. Despite the pros and cons, both of these types of builds offer a variety of design options for both the interior and exterior. If you are interested in learning more, we encourage you to check out our last post!

Today, we’ll be starting an “All About” series where we take a look at different styles of architecture. We’ll discuss the characteristics and features of these architectural styles, how they evolved, where they were most prevalent, and we will also highlight some of the best examples of that style. Our goal with this series is to educate and inspire anyone out there who is interested in architecture! First up in our series is Gothic architecture, a style that was prevalent from the late 12th to the 16th century in Europe. If you are interested in learning more about Gothic architecture, you’re in the right place! Let’s get started.

This European style of architecture was derived from Romanesque architecture, which was a style from medieval Europe. Romanesque architecture is estimated to have been in existence from around the 6th to 11th century. Buildings constructed in this style are typically massive, relying heavily on walls, or sections of walls known as piers. Some of the most defining features of Romanesque architecture are thick walls, barrel vaults, round arches on windows and doors, and decorative arcading. Arcading refers to a row of arches supported by a colonnade of columns or piers. As the Catholic Church continued to gain influence and power and several centuries of cultural development occurred, including a new understanding of architecture, it allowed for greater building schemes– And thus, Gothic architecture was born.

Let’s first take a look at the name of the architectural style. When most people hear the word “gothic”, they tend to think of something dark and gloomy. However, Gothic architecture came to be quite the opposite. In ancient times and throughout the middle ages, a people called the Goths flourished throughout Europe. They were Germanic people who were referred to as “barbarians” as they ransacked the city of Rome in A.D. 410, playing a major role in the fall of the Western Roman Empire. The term “Gothic” was coined by Italian writers during the Renaissance, who used it to refer to medieval architecture created by these Gothic tribes. It is often attributed to Giorgio Vasari, an Italian artist and architect, who used the term to describe this architecture as “monstrous”. The term had derogatory connotations until the 19th century when a reevaluation of Gothic architecture took place.

Gothic architecture was one of the most important and influential types of art during the Gothic period. With the Catholic Church gaining more prevalence, there was a higher demand for the building of churches and cathedrals. Essentially, the Gothic style was intended to create massive churches and cathedrals that resembled heaven– Larger than life, extremely beautiful, and full of light. The Gothic style highly values height and large, roomy spaces with intricate detail and a delicate aesthetic. One of the most fundamental characteristics of this style is the pointed arch, which helped relieve the stress placed upon other structural elements of the building. In fact, many of the characteristics of the style are derived from medieval masons’ efforts to solve the problems associated with supporting heavy ceiling vaults. Rather than having large, drum-like columns as found in Romanesque-style churches, the Gothic style incorporated slender columns. Additionally, Gothic architecture features ribbed vaults, which are a distinctive feature of the architectural style. These ribbed vaults supported the vaulting ceiling surface and greatly reduced the weight of the ceiling vault.

While the preceding Romanesque-style buildings had small windows, leading to dimly lit rooms, buildings in the Gothic style introduced large windows, often made of stained glass. This allowed as much natural light to flow into the room as possible. Another defining feature of the Gothic architectural style was the use of flying buttresses. A flying buttress is a form of a buttress, or projecting support of stone or brick, that is composed of an arch that extends from the upper portion of a wall to a pier. The development of the flying buttress transferred the horizontal thrust to the ground and prevented unwanted tension on the arches.

Over time, Gothic architecture evolved into other subcategories such as Early English, High Gothic, Rayonnant Gothic, Decorated Style, and Late Gothic. These styles added characteristics such as plate tracery, higher vaults, maximized incorporation of stained glass windows, and purely decorative ribs called tiercons or liernes. By the mid-15th century, however, Gothic architecture began to lose its dominance in Europe. But, by the 19th century, it saw a resurgence known as Gothic Revival architecture. This is sometimes referred to as Victorian Gothic or neo-Gothic architecture and was part of a picturesque and romantic movement that reflected the public’s desire for buildings inspired by medieval design.

One of the best examples of Gothic architecture is a cathedral in Paris, France, called Notre-Dame. This medieval Catholic cathedral was built between 1163 and 1345 in the French Gothic style and is one of the first cathedrals of its kind. It is known for its size, including two massive towers that crown the western facade. The doors showcase early Gothic carvings and are crowned with a row of figures of kings from the Old Testament. Today, it is considered to be one of the finest examples of French Gothic architecture. The cathedral is especially famous for its rose windows, which are another distinct feature of the Gothic style and are seen in many cathedrals throughout France. The rose windows of the Notre-Dame cathedral are a trio of round, stained glass windows with wheel-like segments that divide the pieces of glass. They are known as the South, North, and West Rose Windows. Over time, the Notre-Dame cathedral has faced bouts of damage, including during the French Revolution in 1786. All religious buildings, including this cathedral, were seen as a symbol of power and aggression of the church and monarchy, and so the building was ransacked, with many sculptures destroyed. Most recently, in 2019, a fire broke out beneath the roof of the cathedral. By the time the fire was extinguished, the spire had collapsed and most of the roof had been destroyed. It is said that the stone vaulted ceiling prevented extensive damage to the interior of the cathedral.

Although many of the most well-known examples of Gothic architecture are cathedrals, there are also buildings such as Brussels Town Hall, located in Belgium. Built between 1401 and 1455, this building is the only remaining medieval building in Brussels’ main square known as the Grand Place. It consists of two wings, divided by a tall bell tower, with a main facade, and arcades. The three-level lantern tower is adorned with arcades, parapets, and gargoyles. Its architectural style is more specifically considered to be Brabantine Gothic, a variant of Gothic architecture that surfaced in the first half of the 14th century. This building is considered a masterpiece of civil Gothic architecture.

As you can see, Gothic architecture is a classic style that has evolved over centuries. This style has influenced architecture for over 700 years and many of its features are still used today, such as large, stained glass windows and high, arched ceilings. In fact, modern-day churches are often constructed in the Gothic style. We hope you found this article informative and we hope to see you back on the blog soon as we continue to dive into various topics regarding architecture. Perhaps something might spark inspiration for your next project! For more information on architectural design and building, keep up-to-date with the Architecture Plus blog. If you’re ready to sit down with an experienced team of designers and hash out the elements of your next project, reach out to us! We’re eager to hear from you. Until next time, thank you for reading!